Mr. Mollicone is admitted to practice in Michigan and Ohio and has appeared before various courts in both of these states, as well as the Federal District Court for the Eastern and Western Districts of Michigan, and the Northern District of Ohio.

Through his career, Mr. Mollicone has represented national sports leagues, international big box retailers, automotive dealerships, automotive suppliers and national banking institutions. Additionally, Mr. Mollicone is an integral part of the Dawda Mann team acting as Regional Counsel for the North-Midwest Region of a national retailer client. In this capacity, Mr. Mollicone supervises litigation for this client in twelve states.

Mr. Mollicone has also received a Martindale-Hubbell AV Preeminent Peer Review Rating, which is the highest rating available to an attorney with Mr. Mollicone’s level of experience. 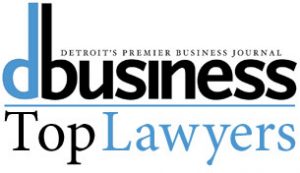 What You Need to Know About Women Business Enterprise Certification White Paper by: Kylie Bergmann, Esq. May, 2014