When that Flat in London Nearly Deflated Us: Inheritance Issues on Foreign Assets

When that Flat in London Nearly Deflated Us: Inheritance Issues on Foreign Assets 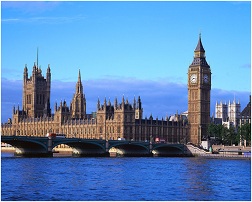 Estate taxes can be a complicated issue, even when all of your earnings and property are solely in the United States. When you choose to purchase property abroad, and particularly if you are domiciled abroad, inheritance and estate issues become geometrically more complex, as you now have to wade through the somewhat murkier waters of overseas inheritance and estate law.

Americans who travel and even live for significant time periods abroad are often under some serious illusions about their eventual deaths. One of the most significant illusions is that American law follows them and protects them wherever they go. Although American citizenship does bring with it certain rights and privileges, the disposition of foreign property after death is not one area where Uncle Sam holds sway.

Some foreign countries have no local estate tax exemption for spouses. So, when foreign assets (particularly a piece of property or what are called “immoveable assets”) are in play, the surviving spouse can be stuck with a pretty hefty inheritance tax.

Other foreign countries have established inheritance policies that are quite different than American ones. There have been numerous cases in Frances where local succession laws overrode written wills.

Even the issue of what we call domicile varies by location. Different domiciles can include domicile of origin (where you were born), domicile of choice (where you choose to live, and presumably where you intend to die), deemed domicile (where you have lived for the last several years, the time frame can vary), and domicile of dependency (where you live as a dependent, either because of youth or incapacity).

Some individuals have included heirs on titles and deeds as well as created inheritance documents, already translated, in order to clarify their wishes.

By the way, the notion of spouse can also be a complicated one. Just as different states and the federal government diverge in their treatment of common law spouses and same sex partners, there is a wide variety of who can be considered a spouse internationally. No assumptions should be made regarding spousal inheritance, as the definition of families evolves world-wide.

One should always consult with an estate tax attorney before making decisions about all inheritance issues.