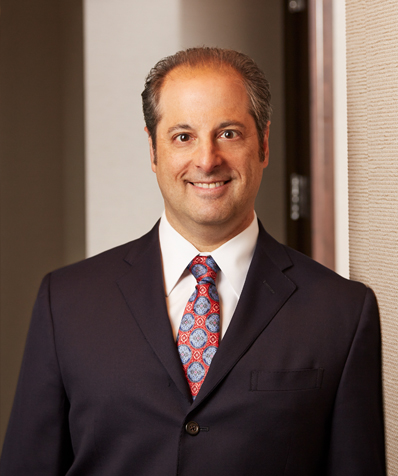 Jeffrey D. Moss is a Member of Dawda, Mann, Mulcahy & Sadler, PLC. He concentrates his legal practice in the areas of tax law, estate planning, business transactions, tax exempt non-profit matters and real estate transactions. He is also co-chair of the Corporate Practice Group and chair of the Business Development Committee for the Firm.

Mr. Moss also has many physician and medical practitioner clients and has been actively involved in issues confronting medical professionals, including practice formation and separation, buy-sell agreements, estate planning and asset protection solutions, creation of limited liability companies and other issues related to the medical and healthcare areas.

Mr. Moss also has experience in international tax planning, choice of entity and other tax-advantaged structures. Mr. Moss has experience with IRS controversies including the Offshore Voluntary Disclosure Program, Offers in Compromise and Installment Agreements and is admitted to practice in front of the IRS and in US Tax Court.

In the nonprofit area, Mr. Moss handles the formation and qualification of entities as tax exempt under federal tax law for charitable purposes.

For his article titled “Solar Panels, Tax Incentives and Your House,” published by the ABA’s Property & Probate Magazine in January 2010, he was honored with a 2010 Excellence in Writing Award. The article was named the magazine’s Best Cutting Edge Article of 2010. Mr. Moss has written many other articles and presentations and is a frequent speaker and presenter.

Since 2013, Mr. Moss has been a member of the Board of Directors of Yad Ezra, a public charity. Beginning in 2018, he has also been involved as an Officer and Treasurer.

Foreign Bank Account Reports: Will There be more Scrutiny of FBARs and Other Disclosure Returns?
Journal of Taxation and Regulation of Financial Institutions
Spring 2018 • Vol 31 / No 3