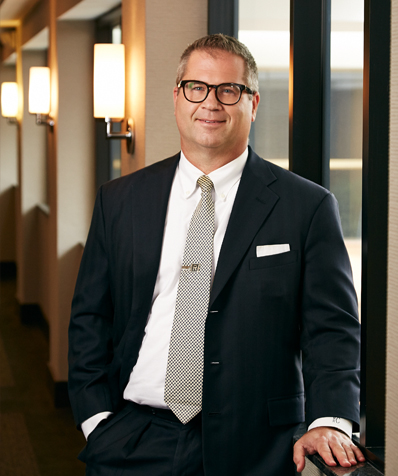 Randal R. Cole is a Member with Dawda, Mann, Mulcahy & Sadler, PLC. Prior to receiving his law degree, Mr. Cole worked for a management consulting firm which led him into employment and labor law where he has significant experience defending employers against employment claims. Mr. Cole’s litigation includes a broad spectrum of areas including: the handling of complex cases related to land and title issues for national title companies; providing advice to Tier II and Tier III automotive clients with supplier issues, as well as initiating and defending litigation in both Michigan and other states relating to supplier and production issues; drafting and providing advice on estate plans; successfully resolving complex probate matters on behalf of both private clients and national charitable organizations; handling commercial landlord tenant disputes; filing and litigating classification of proofs of claim in bankruptcy court; initiating and defending adversary proceedings in bankruptcy court; and representing financial institutions on forbearance and collection matters.

Mr. Cole has extensive experience in both state and federal courts and has handled appellate cases in both the Michigan Court of Appeals and the Federal Sixth Circuit Court of Appeals. His experience in administrative forums includes representing clients before the National Labor Relations Board, the Equal Employment Opportunity Commission, the Michigan Department of Civil Rights, and Michigan Employment Security Agency.

Mr. Cole has also arbitrated private claims, both with the American Arbitration Association and the Federal Mediation and Conciliation Service.

Mr. Cole regularly counsels clients in union and non-union facilities, on issues such as disciplinary and termination procedures; preparing employee handbooks, individual employment agreements, work rules, policies, and separation agreements; and on implementation of reduction-in-force programs. Mr. Cole also is experienced in collective bargaining with a number of different unions and has participated in the prevention of several organizing campaigns.

Mr. Cole earned his J.D. from the University of Detroit Mercy School of Law in 1996, and his B.A. from Kalamazoo College, in 1991, where he was a Chamberlain Fellow. He received a Germany University Fellowship for graduate work in the Federal Republic of Germany. Mr. Cole is admitted to practice in both the Eastern and Western Districts of Michigan, is a member of the State Bar of Michigan, Labor and Employment Law Section, and was Vice-Chairman of the Oakland County Bar Association Employment and Labor Law Committee (2001-2002). Mr. Cole has lectured for various civic groups in the Detroit Metropolitan Area and is a member of the Board of Directors of The Heidelberg Project, a non-profit organization.