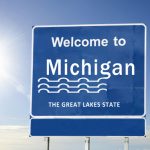 By Susan Sadler and Brian Considine.

For the past 8 years Michigan environmental regulation and policy have been under the direction Republican Governor Rick Snyder.  During that time, Governor Snyder has had to grapple with many highly publicized and controversial environmental issues, many of them which will not be resolved for years to come regardless of party affiliation.  On November 6, 2018, Gretchen Whitmer was elected as Michigan’s 49th Governor and it will be interesting to see how the new administration moves forward with promised environmental initiatives.  While the devil is always in the details, one thing is certain: the administration of the Department of Environmental Quality and Natural Resources will change, as will the tone and handling of certain key environmental issues.  This blog presents our Environmental Practice Group’s thoughts on what we can expect to see on a number of key environmental issues facing the Great Lake State over the next 4 years.

Whitmer envisions this department as charged with “replacing all lead drinking water pipelines in the state” and coordinating their efforts with a to be created Infrastructure Council and the Michigan Department of Environmental Quality.  Whitmer has suggested this large infrastructure project will be financed with $812 million using a “Rebuild Michigan Bank”.

A challenge to the new administration will be prioritizing which water pipelines to replace and given the enormity of the task, we should assume areas with denser population will receive the most attention.

Part of Candidate Whitmer’s platform was a commitment to focus on drinking water quality.  As part of that effort, Whitmer stated she would take not just lead out of the water, but also PFAS.

Per-and polyfluoroalkyl substances collectively known as “PFAS” or “PFC’s” have been identified by some public health experts as posing an increased risk of cancer and many other diseases.  Chemical manufacturers like 3M and Dupont manufactured many consumer products containing PFAS.   PFAS are present in a variety of products, including firefighting foam suppressant.  In addition, elevated PFAS levels in groundwater are associated with military bases and metal plating operations.  Furthermore, PFAS is ubiquitous throughout our environment and is present in everything from rain repellant clothing to wrappers of fast food.

Michigan in the last two years has been at the forefront of setting standards for this suite of chemicals and assessing their impact to the environment and human health.  Currently there are no drinking water standards for PFAS.

Governor Whitmer has publicly stated she will increase efforts to remove PFAS from drinking water supplies.  But given the MDEQ proposed standard of 70 parts per trillion (ppt) of PFAS in drinking water and limited understanding of how to remediate PFAS contamination, what role the Governor will take regarding PFAS contamination is difficult to predict.  Whitmer campaigned on a pledge to direct new money into the Clean Michigan Initiative Fund to address PFAS contamination and other sites of concern.  What priority this environmental issue should be given will be a challenge for the Whitmer administration.  At the outset we can assume Whitmer will push the MDEQ to expedite its efforts to identify PFAS sites in Michigan and give highest priority to those sites with elevated levels of PFAS in their drinking water.

Alewives, lampreys, gobies, quagga mussels, zebra mussels, and most recently, New Zeeland mud snails.  The list seems endless and each year another species seems to be added to the list but the biggest fear by far is an invasion of the Great Lakes by Asian Carp.  These fish, which have little sport value, are not only a potential hazard to recreational boating but are also a threat to our State’s native trout and salmon fisheries by eating the plankton that is at the base of the food chain.

Given the variety of ways they can enter our waterways and competing States’ interests, controlling the spread of invasives has been very difficult.  We don’t expect a significant change from the Synder administration.  We suspect the Whitmer administration will reach for the low hanging fruit by increasing ballast water rule enforcement and calls for closing the Chicago River – something that would take Federal intervention.

In early Summer 2018, Governor Snyder signed into law two significant pieces of legislation ostensibly aimed at reining in the MDEQ.  The legislation created an Environmental Permit Review Panel and an Environmental Rules Review Committee (ERRC).  (By clicking here and here you can read an overview of each act.)

-Permit Review Panel:  Governor Snyder has appointed the first members of the Commission from which the Panel is drawn but since the first members have 5 year staggered terms, Whitmer will have a chance to appoint new members in 2, 3 and 4 years.  In addition, when an aggrieved permit applicant has a dispute with the DEQ’s processing of a permit application, the applicant can petition the Director for review.   The current MDEQ Director, Heidi Gether, is from the oil and gas industry.   Accordingly, if Whitmer chooses a new Director with more of an environmental protection focus, don’t expect to see this process used much or many MDEQ permit decisions overruled. (Note: prior to the creation of Review Panel, the MDEQ issued permits in 99% of the cases.)

–Rules Review Committee: Like the Permit Review Panel, the Governor appoints the members of the ERRC and the first members appointed by Snyder have staggered terms so Whitmer will have a chance to appoint 4 new members in 2, 3 and 4 years.  Although the law prevents no more than 6 of the 12 voting members from being from the same political party, the Governor can make the appointments in such a way as to make the ERRC “lean” pro-business or pro-environmental/public health. For example, if 5 members are from one party, 4 are independents and 3 are from another party, the decisions of the ERRC can either be pro-business or pro-environment if the “independents” tend to lean one way or the other based on whether they are from the business sector, government or a non-profit group.  Further, if the ERRC and MDEQ cannot resolve any issues the ERRC has with the MDEQ’s proposed rules, a report is submitted to the Governor who may decide to concur with the MDEQ or not.  So here again we would expect a Democratic Governor to side more often with the MDEQ on the propriety of certain rules.

Data collected shows that Michigan summers have been getting warmer and water temperatures have been increasing.  This is borne out by anecdotal reports from Ausable River fishing guides who have remarked that they had observed an increase in the number of days the water temperature exceeded 70 degrees, temperatures which most trout species cannot tolerate – something of great concern to guides as they voluntary decline to take clients on those days in order to reduce stress on the resource.

The Snyder Administration has been neutral on this issue.  On the other hand, the State’s Attorney General, Bill Shuette, filed suit on behalf of the State contesting the federal Clean Power Plan, essentially following Trump Administration policy.

With the election of Gretchen Whitmer, you should expect to see Michigan take an entirely different approach: acknowledging climate science and the threats to the Great Lakes by climate change as noted in the National Climate Assessment and possibly joining the Paris Agreement like other States have done.  In addition, we should expect an administration policy that focuses on education and encouraging renewable energy use.  Further, it is likely that the State’s new Attorney General will discontinue any environmental litigation that is contrary to the Governor’s policies.

On November 23, 2018 the White House released the Fourth National Climate Assessment report.  The Assessment concludes in part that the Great Lakes region will likely face increased flooding, increased heat, lower air and water quality, algae blooms and a decline in agricultural productivity and forest health.  While President Trump said he didn’t believe the Assessment, we can assume Whitmer will rely on it to defend her stance, on the need to consider climate change in legislative and budget decisions.

Many Michiganders have questions regarding how Governor Whitmer might address the Line 5 dual pipeline beneath the Straits of Mackinac.  These pipelines transport natural gas fluids and light crude oil as part of a much larger network of pipelines in Michigan.  Many of Whitmer’s supporters relied upon her comments, during the campaign speeches that she would pursue shutting down the Enbridge Line 5 pipeline in the Straits.

But, prior to Whitmer taking office, Governor Snyder negotiated an agreement with Enbridge Energy for the construction of a tunnel within the Mackinac Straits.  The tunnel would encase a new pipeline to prevent the potential risk of a release into the Straits.  How final the Tunnel Agreement will be, will be a subject of heated debates after Whitmer is sworn in.

The strength of the Snyder Line 5 Tunnel Agreement may be open to challenge by the newly elected Attorney General Nessel.  There is some indication that Nessel, upon taking office will  entertain revoking a long standing easement that has allowed Enbridge to operate Line 5 across the Mackinac Straits.

It is difficult to predict what steps Governor Whitmer or Attorney General Nessel might take to cancel the Tunnel Agreement and what this could mean for Enbridge Energy’s current use of the existing an oil pipelines under the Straits.