How Are Women Doing in Commercial Real Estate?

How Are Women Doing in Commercial Real Estate? 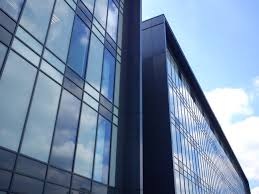 Commercial Real Estate Women (CREW) Network has released its Benchmark Study Report which measured progress for women in the commercial real estate arena over an unprecedented decade long period. CREW Network enlisted the Massachusetts Institute of Technology’s (MIT) Center for Real Estate as its independent research partner to survey, tabulate, analyze and produce the 2015 benchmark report.  The report focused on research, tracking and analyzing the areas of specialization, compensation and career achievement by gender.

Dawda Mann attorney Dana Kreis Glencer, current President of CREW-Detroit states, “The findings of the CREW Network Benchmark Study show that women are making strides in shrinking the gaps between men and women within the commercial real estate arena, however I am still troubled that the largest gap in income is between women and men with significant experience and in C-Suite positions.  I still believe there are significant opportunities for women in commercial real estate as well as great room for progress.  I am optimistic that the continued growth of women with experience in CRE will fuel significant change.”

You can read the entire CREW study here: https://crewnetwork.org/research/benchmark-studies/women-in-commercial-real-estate-2015.aspx