Issues in Connection with Assignment, Subletting and Other Transfers

Home/Real Estate Law/Issues in Connection with Assignment, Subletting and Other Transfers

Issues in Connection with Assignment, Subletting and Other Transfers 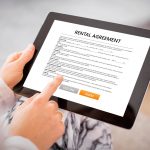 Lease negotiations are often long and drawn out, in part due to the myriad complex issues that a landlord and a tenant may need or want to negotiate. One issue (or, rather, set of issues) that can be quite contentious is the ability of a tenant to assign its lease, sublet all, or a portion of the premises, or otherwise transfer some or all of its interest to another party.

Obviously, the most extreme landlord position is that the party signing the lease as the tenant must always remain the tenant unless the landlord provides its consent (with the landlord being able to disapprove any change in the tenant in its sole and absolute discretion). A rationale used to “defend” this position is that the landlord has entered into an arrangement with this specific tenant and it does not want to be required to deal with another party or have any other party (that it has not approved) be an occupant in the landlord’s building (or development). Whether or not specifically stated by a landlord, the landlord’s position may also be predicated on other things such as: landlord wanting to capture any additional value from the premises (only landlord should “make a profit” from leasing) or landlord not wanting to have competition in leasing space in the building/development.

From a tenant’s perspective, flexibility is key. Whether in connection with a future business opportunity (especially in the event the tenant has multiple locations), because business is not proceeding as well as initially planned, or due to some other reason that the tenant no longer desires to continue to be the occupant of the entire premises, a tenant that has the ability to transfer its lease or its rights in some or all of the premises without having to obtain its landlord’s approval is obviously in a better position than a tenant that needs to obtain its landlord’s consent.

In most cases there is some level of compromise between the parties as to the landlord’s rights to say no and the tenant’s rights to do things that are not subject to landlord’s approval. Among these potential compromises:

Other items that are often discussed and negotiated in connection with the assignment, subletting, and transfer provisions:

As you can see, there is often a lot to discuss in connection with these types of transactions.  No matter which form of lease is used, the parties should pay close attention to these often somewhat overlooked lease provisions for issues that could be of great importance down the road.