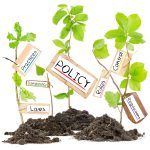 The New Gatekeepers at the MDEQ

On June 28, 2018, Governor Snyder signed into law a package of bills intended to reign in the Michigan Department of Environmental Quality (“DEQ”) which some in the regulated community feel has an “agenda.”  This article is the second in a three part series and summarizes Senate Bill 652 which became Public Act 267 of 2018.

Public Act 267 (the “Act”), which has an effective date of June 29, 2018, amended the Administrative Procedures Act (MCL §24.201 et seq.) and created what is commonly referred to as the “environmental rules review committee” (the “ERRC”).  The purpose of the ERRC is to review any new regulations proposed by the DEQ.

As soon as Senators Casperson (R-38 Dist) and Robertson (R- 14 Dist) proposed SB 652 (along with SBs 653 and 654) battle lines were drawn.  Senator Casperson asserted that that the bills were necessary because of DEQ staff who are too often arbitrary and unreasonable in their decisions: “It’s not rules and laws they are following; it’s an agenda…they are going to save the planet, no matter what.”[1]  Lisa Wozniak of the Michigan League of Conservation Voters saw it differently: “Instead of relying on science to guide decisions that impact our land, air and water, this legislation gives polluters undue influence over the state agency charged with protecting our communities and natural resources.” [2]  Despite the rhetoric on both sides, in the end, the Governor signed the legislation into law.

Section 65(1) of the Act, created the ERRC as an independent body in the Office of Performance and Transformation which itself was created within the State Budget Office in 2016 by Executive Order 2016-4.[3]  From the get-go, many stakeholders were troubled by the composition of the ERRC which is composed of a majority of industry leaning members.

The ERRC is composed of four non-voting members and twelve voting members. The non-voting members include the directors of the Departments of Environmental Quality, Health and Human Services (“DHHS”), Agriculture and Rural Development and Natural Resources.  The voting members, who are appointed by the Governor with the advice and consent of the Senate, consist of one representative from each of the following six industries: solid waste management, manufacturing, small businesses, public electrical utility, oil and gas, and agriculture. The other members include representatives of: an environmental organization, local government, land conservancy, and public health.  The ERRC is rounded off with two members of the general public.  Act §65(2).

To ensure the ERRC is competently staffed to handle complex scientific issues related to public health and the environment, each voting member must “possess knowledge, experience, or education that qualifies him or her to represent” their respective constituency. Act §65(3).  In addition, the directors of the DEQ and the DHHS must each select a science advisor to provide expert advice to the ERRC members on relevant science-based issues and those advisors must possess the requisite credentials to act in such capacity. Act §65(13). ERRC members may also select their own administrative, technical and legal consultants to assist the ERRC to carry out its duties. Act §65(18).

Because ERRC members are selected by the Governor (who has his or her own political affiliations), the Act has several mechanisms to reduce bias and prevent conflicts of interest. Members are appointed with the advice and consent of the senate, member terms are staggered (Act §65(7)), and no more than six of the voting members can be members of the same political party (Act §65(6)).  In addition, Section 65(4) prevents someone from being a voting member of the ERRC if they: are currently employed by any State agency or has been at any time within the preceding three years or the person (or their employer) has had a contract with the DEQ in the preceding three years that generated more than 5% of the member’s annual gross income or member’s employer’s annual gross revenue.  In addition, Section 65(9) gives the Governor the right to remove a voting member for cause. This, however, is a double edged sword because a Governor could not only use this right to remove a member with conflicts of interest but could also remove legitimate member for political reasons.

As explained in Section 65(19), “the purpose of the [ERRC] is to oversee all rule-making of the [DEQ].” Rules that are not processed in compliance with section 66 are invalid. Act §43(1). The only exception is when an emergency necessitates quicker action. Act §§48(1) and (2).

As a result of the changes made to the APA, the actual rule-making process that the DEQ must now follow much more complex.   As before, if the DEQ is contemplating any changes to its rules, it must file a request for rule-making with the Office of Regulatory Reinvention. MCL 24.239(1).  However, the DEQ must also transmit the request for rule-making to the ERRC and the DEQ is encouraged, but is not obligated to form a stakeholder review. Act §66(1).  If the chair and vice chair of the ERRC determine that no review is needed, the ERRC does not review the proposed rules. However, this decision can be overruled by a vote of seven or more members.

If the ERRC decides to review the rules, they must decide if the rules satisfy all of the following criteria:

Under Section 66(5), the ERRC has 35 days to review the above and then decide one of the following:

If the ERRC fails to make the Section 66(5) determination in 35 days, the DEQ may proceed with a public hearing under APA §§41 and 42.

After holding a public hearing the DEQ has 120 days to prepare a report and synopsis of comments and suggested changes for the ERRC to review. If that deadline is not met, the DEQ must withdraw the rules request. If the report is timely submitted to the ERRC, the ERRC has 120 days to review the DEQ’s report and either approve the proposed draft rules, approve them with modifications or reject them. Act §66(9).

If the ERRC approves the proposed draft rules (or does not act within 120 days), the ORR has 1 year from the last public hearing to transmit the rules, comments, any revisions and certificate of approval from the legislative services bureau and ORR to JCAR (Joint Committee on Administrative Rules). If the ERRC modifies the draft rules or rejects them, it must submit a notice of objection an explanation to the DEQ and the Governor. If the ERRC and DEQ resolve the issues, the rules are submitted to JCAR. If they cannot resolve the ERRC’s issues within 11 months from the last public hearing, the DEQ must submit a report to the Governor and if the Governor concurs with the DEQ, the rules are forward to JCAR, otherwise, the rules are withdrawn.  Act §§66(10)-(12).

While it is true that no law is perfect, this Act does have some deficiencies that could produce problems down the road. A few of these concerns are outlined below.

The new environmental rules review committee was created with the intent to oversee an agency that was perceived by some as having a pro-environment/public health agenda.  The question is whether there was an issue in the first place and, if so, does the new ERRC fix that or simply create another level of bureaucracy? Will this put an end to labeling DEQ rules as being “agenda” driven?  Is the ERRC an overreaction that will end up turning rules making into a pitched partisan battle with one side asserting that the rules are too economically burdensome even though there is a public health threat or threat to the environmental that should be addressed?  And if people are injured as a result of a rule not being promulgated due to economics, how is that really any different than what happened in Flint?  These are questions that will end up being answered very soon as the DEQ attempts to move regulations relating to indoor air and polyfluoroakyl substances (”PFAS”) through the new environmental rules review committee.

[3] The goal of the OPT is to work “with all state departments to establish a more effective system of customer service, performance measurement and regulatory and business practices.” Press Release “Gov. Rick Snyder issues executive order creating Office of Performance and Transformation”, February 2, 2016, accessed on August 30, 2018 at https://www.michigan.gov/snyder/0,4668,7-277-57577_57657-375344–,00.html

[4] In this instance, given what transpired with the Flint water crisis, there is a question as to whether the ERRC members or Governor could be held to account for ignoring evidence of the need to protect public health because of the cost to business.