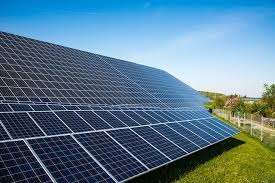 The Michigan Senate is reviewing changes that would likely increase the electric bills for producers of solar energy, changing the calculus of the state’s net energy metering (NEM) policy.

The essence of the bill changes the way that utility-scale solar energy producers pay for power they produce and consume.

Right now, solar users can consume all of the electricity that they produce. These solar consumers then receive compensation for any power that they send to the grid. They are paid a retail rate for this solar power.

The new bill would change the compensation and payment setup. SB 438 as written would require solar consumers to purchase all of their electricity from the power company. Subsequently, they will be paid a wholesale, as opposed to retail rate for the power that they send to the grid.

Some solar energy advocates are wary of the bill, as solar producers will be compensated at a lower level than they were previously. This will mean that investments in solar energy will take longer to pay off. But utility companies contend that the original NEM formula was created in order to foster growth in the nascent solar energy industry. Now that solar energy is considered a more mature industry, they argue, the subsidized rates can be phased out.

Michigan Senate Bill 438 is currently being addressed at the committee level by the Senate Energy and Technology Committee. The bill was introduced by John Proos of St. Joseph.