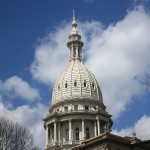 In May 2012, a six bill package was signed into law by Governor Snyder to amend the procedures for the cleanup of contamination caused by leaking USTs. This bill package amends Michigan’s Part 213 (Leaking UST Program). The amendments provide greater flexibility in developing a remediation plan and implementing cleanup upon identification of a leaking UST. The amendment directs leaking USTs to be remediated in a manner consistent with American Society for Testing Materials (“ASTM”) Standard Guide for Risk Based Corrective Action as applied to Petroleum Release Site (“RBCA”).

Within 180 days (it previously was 90 days) of confirming the release, the owner shall submit an initial assessment report. It is the responsibility of the owner or operator to confirm that the consultant is qualified. Previously, the MDEQ maintained an approved list of consultants.

There is an ongoing debate among consultants over what effect these changes to Part 213 will have on closure. Previously, consultants could proceed to closure when free product was present less than 1/8 of an inch. The amendments focus on free phase product which includes Non Aqueous Phase Liquids (“NAPL”). This includes migrating NAPL, Mobile NAPL, and Residual NAPL.

The DEQ will be charged with only auditing final site assessment and closure reports rather than reviewing every aspect of a corrective action. If the DEQ decides to audit a report, notice shall be given by the DEQ within 90 days. The DEQ has up to 180 days to complete its audit after receipt of the closure report. The DEQ has been afforded a 270 day time window for review of reports it received in the 6 months before the bill took effect. The DEQ only has one opportunity to audit a report. In the event the DEQ fails to audit, report, or fails to prepare a written response, it will be deemed approved. In the event the DEQ has denied the report, the owner and operator will be provided an opportunity to revise and resubmit the report for approval.

To the extent a person wants to change land use, resource use, or depart from restrictions set forth in the closure report, they will need to undertake the necessary additional corrective action to allow for such use changes.

The MDEQ intends to provide a training program on these changes to its LUST program. As information becomes available, we will update this blog accordingly.