Suit results in change to brook trout regulation in the UP

Suit results in change to brook trout regulation in the UP 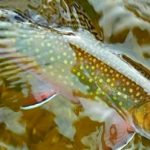 In November 2019, the Michigan Natural Resources Commission voted 3-2 to amend Fisheries Order 200.20 to reinstate a 10 brook trout daily bag limit regulation on 33 sections of streams in the Upper Peninsula. The NRC issued the Order despite comment provided by Michigan Trout Unlimited opposing it and despite DNR Director Dan Eichinger publicly stating the DNR’s opposition to the reinstatement of the 10 brook trout bag limits based on known scientific evidence.

Following that action, Michigan Trout Unlimited initiated legal action against the NRC, filing both an appeal in circuit court and a contested case proceeding through the administrative appeals system. Both were based on the Scientific Fish & Wildlife Management Act, which requires the NRC to base its fish and wildlife management decisions on sound scientific principles. Michigan TU was represented legally by TU member Brian Considine with the firm of Dawda, Mann, Mulcachy and Sadler, as well as by TU member Dave Whitfield. Their legal assistance was graciously provided on a pro bono basis.

This was, to our knowledge, the first time that any entity had filed suit against the NRC under the Scientific Fish & Wildlife Management Act. Michigan TU took legal action because of the compelling biological and social science available which highlighted the impairment to brook trout and brook trout fisheries that result. Michigan TU has viewed this regulation as flawed and detrimental since it was proposed in 2012. We predicted the negative impacts of this regulation prior to its experimental implementation in 2013 and continued to advocate against it following DNR studies concluded in 2016 which confirmed its negative impacts on the fishery.

During the pendency of the legal proceedings, the Natural Resources Commission, at its January 9, 2020 meeting, voted and approved removing the 10 brook trout daily bag limit regulation on all sections of streams where this limit had been in place (returning them to the default Type 1 regulation). The NRC’s elimination of the 10 fish bag limit ends Michigan TU’s lawsuit.

Since this issue arose in 2012, Michigan TU has communicated to its members numerous times about it, and we are pleased to share the good news with you now, that the NRC found its way to righting the course and upholding its mandate for scientific fish and wildlife management. This represents a win for the NRC and their processes for ensuring credible, justifiable science-based decision-making; for Michigan conservationists, and for the future of brook trout populations our grandchildren will inherit.

Since its inception, TU has advocated for science-based fish management with the premise that if you take care of the fish, the fishing will take care of itself; what’s good for the fish is good for the fishing. Our position is based upon the belief that science should matter, and in Michigan the law states it must. Michigan TU was and is prepared to take all steps necessary to ensure this.

For 8 years this issue has consumed time, attention and precious resources and we are pleased that the NRC has voted consistent with the Scientific Fish & Wildlife Management Act to bring it to an end. Michigan TU looks forward to all the productive work ahead to ensure Michigan’s coldwater fisheries remain vibrant for generations to come.
By Lauren Daigle|2022-01-11T14:39:40-05:00January 13, 2020|Categories: Environmental Law|Tags: brian considine, Michigan Trout Unlimited|Comments Off on Suit results in change to brook trout regulation in the UP