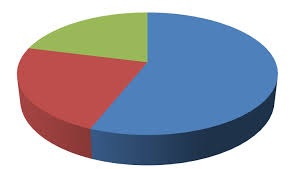 President Obama has several “last times” coming up. Among his most recent “last” was his final proposed budget for the 2017 fiscal year.

President Obama’s budget still has not been enacted. Many of the components of the budget may not survive the upcoming expected legislative wrangling, including the House-Senate conference procedures. But the budget does represent the President’s wish list.

Receiving extra emphasis this year are elements that encourage renewable energy projects. Perhaps most noteworthy is the extension of the renewable energy production tax credit, changing it from needing to be extended every year to be being a permanent tax credit. This would be a complement to the permanent status that Congress afforded the research and experimentation credit.

Additional tax credits are proposed for qualifying advanced energy projects, which are defined as products that make substantial changes to existing manufacturing facilities or construct new ones that do the following:

Produce energy from renewable resources
Creates components for use with electric or hybrid vehicles
Creation of electric grids that support renewable energy sources
Creation of blended fuel technology
It will be interesting to see which of these budgetary items will become law and which will end up on the cutting room floor.