The Real Estate Road Ahead: Signs to Notice

The Real Estate Road Ahead: Signs to Notice 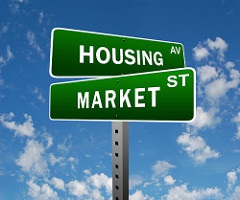 Real estate, especially in Southeast Michigan, has been a bit of a roller coaster affair. It can be difficult to determine if the market will continue to improve or continue to run amok. Here are some aspects of the local market to watch, as these could indicate the local market’s overall health and whether the ride is moving up or heading down:

The Fed and Interest Rates: After years of incredibly low interest rates (which helped homeowners but hurt pensioners and savers in general), the Fed inched up the prime rate by 25 basis points. So far, this has not led to a buying  frenzy, but many economists believe that the Fed’s actions may spur some on-the-fence buyers to make a move, prior to any future rate hikes.

High End of the Market: Crain’s reports that there is finally some movement in homes in metro Detroit valued over $1 million and that their days on the market are now coming down.

Renting versus Owning: The average age of homebuyers has been creeping up as of late with younger borrowers renting for longer or even continuing to live with parents. This could be the result of a soft jobs market, which has experienced little gains in wages, despite a decrease in unemployment. The depressed salaries, combined with soaring student loan debt, has seemed to put a damper on what used to be considered the unassailable American dream of home ownership. If the market is good, then some of these potential buyers will have been saving and will be motivated to purchase a home. If the market is weak, they will continue to rent, although…

Continued Upward Prices on Rents in Many Urban Areas: As the millennials and post millennials continue to leave the suburbs and exurbs en masse, their mere presence in city centers is pushing rent prices sky high, not just in traditional high-rent districts like New York, Chicago and San Francisco, but in smaller cities, too.

Different Kinds of New Homes: With the student debt crisis affecting such a large segment of the population, there is a desire for affordable housing, even in the most desirable locations. Builders are highly attuned to these needs and are experimenting with materials and methods to keep the costs of houses down, but still create a product that sells.

Baby Boomers Staying Put: Unlike the generations before them, today’s baby boomers aren’t packing it in, downsizing or heading to warmer climates. They are staying put, partly because their houses lost value, partly because they are healthier than their parents. But this “staycation” on the part of the baby boomers is contributing to a shortage of homes on the market at many price points, contributing to overall higher prices for houses, which could be exacerbated with even higher interest rates.

Like many aspects of the economy, there are a multitude of factors to consider when analyzing the local and national housing market.