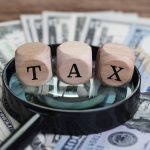 Following up on an earlier blog post, US Supreme Court To Hear Digital Sales Tax Case, in a 5-4 decision on Thursday, June 21, the US Supreme Court ruled in favor of South Dakota in the case South Dakota v. Wayfair when it overturned the “physical presence rule,” a precedent previously established by the Court in Quill Corp. v. North Dakota and in Bellas Hess v. Dep’t of Rev. of Ill. and one which has been followed for the past half century.

Unsurprisingly, Justice Kennedy wrote for the majority, after he urged the legal system three years earlier to find a case that would allow the Court to reexamine Quill. In his opinion, he wrote in the age of the Internet, a physical presence is no longer necessary for a business to have a “substantial nexus” with a state, as required by Control Auto.

The dissent conceded that Bellas Hess was wrong when decided but it emphasized the fact that e-commerce has since grown exponentially “against the backdrop of established rules, including the physical presence rule,” and thus overturning such precedent could disrupt the future development of the e-commerce industry. The majority, however,  rejected this view, however, by arguing that, while e-commerce used to be an attractive option due to price, it is now the desired alternative because of its convenience. As such, the Court’s ruling should not have a major impact in this sense.

The real question is: Who will this help, who will it hurt, and who will perhaps not be affected at all by the Court’s decision?

Who It Will Help

Nearly all states that collect a sales tax are expected to follow in South Dakota’s footsteps, creating similar models that will allow them to increase their sales and use tax revenue. The states that are expected to see the biggest percentage increase in revenue, with a maximum revenue increase of around 3 percent, include Louisiana, Tennessee, South Dakota, Oklahoma, and Alabama (according to a Barclays research note).

Big-box retailers like Walmart, Target, and Best Buy have been welcoming such a change for some time. They believe this change will do away with the competitive edge that has long been given to retailers that primarily transact business over the Internet. At the close of business on Thursday, Walmart gained 1.1 percent, while Best Buy advanced as much as 2.5 percent in the stock market.

Congress finally has the opportunity to correct past inaction. After not moving forward with legislation on the issue for years, due in part to the political backlash that would likely ensue by initiating new taxes on businesses, the ruling may actually spur Congress to finally take action by enacting federal compliance standards.

Who It Will Hurt

Small to medium-sized online retailers, especially those with large third-party seller markets, like eBay and Etsy, are the businesses most likely to suffer from such a change. Both eBay and Etsy finished down in the stock market on Thursday. A spokeswoman for eBay was quoted by the Wall Street Journal, stating that “[n]ow is the time for Congress to provide clear tax rules with a strong small business exemption.”

Online consumers will be hurt to an extent with a foreseeable increase in prices for online sales purchases. However, many large e-retailers have already been collecting sales tax. Thus, the noticeable impact will not be as great as some may think.

Who Will Remain Unaffected

South Dakota’s model only applies to sellers that deliver more than $100,000 of goods or services to the state or engage in more than 200 or more separate transactions in the state. If states follow South Dakota’s model, as expected, startup companies are unlikely to be affected by the new ruling until they have reached one of these thresholds.

For obvious reasons, states that do not currently collect sales tax are unlikely to be affected by the Court’s decision.