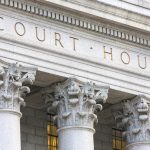 On April 17, 2018, the United States Supreme Court will hear oral arguments in South Dakota v. Wayfair. The Court will reconsider the long-standing rule established in Quill Corp. v. North Dakota in 1992 stating a business or vendor must have a “physical presence” in a state in order for the state to require it to collect or remit sales tax on its sales. Specifically, the Court in Quill held that a state could not impose taxes on a mail order house because the vendor lacked a “substantial nexus” with the state, which is an element required by the Commerce Clause. The precedent set forth in Quill has since been applied to online retailers who regularly sell to customers throughout the country.

Undeniably, much has changed since Quill was decided in 1992. The scope of today’s Internet use for online shopping purposes had not even been conceptualized a few decades ago. Due to significant advancements in technological development, and our movement toward a more globalized economy, Internet sales have continued to skyrocket. States claim that this has caused them as a whole to miss out on collecting critical tax revenue from the multi-trillion-dollar Internet sales industry. The Government Accountability Office estimates that states suffered a loss in revenue of over $13.4 billion in 2017 alone. Online retailers, however, argue that they do not and should not have a duty to collect or remit sales tax from customers who live in states where the retailer does not have a physical presence.

Two of the current sitting Supreme Court justices have expressed their own criticism of Quill in recent years. In 2015, Justice Kennedy himself urged the legal system in Direct Marketing Ass’n v. Brohl to “find an appropriate case for this Court to reexamine Quill.” Upon Direct Marketing being remanded to the Circuit Court, Justice Gorsuch, who was then sitting on the 10th Circuit, wrote about Quill at great length. He expressed that Quill has given mail order and Internet retailers “a competitive advantage over their brick-and-mortar competitors” and that the Quill case essentially remains on the books solely out of respect for stare decisis (a judicial concept giving deference to prior rulings) established in an even earlier case, Nat’l Bellas Hess v. Dep’t of Rev. of Ill. However, Justice Gorsuch also noted that the ability of the states to impose notice and reporting burdens on Internet retailers is comparable to the sales and use tax obligations imposed on their brick-and-mortar competitors.

Arguments against overturning Quill are that it would create a burden on large-scale and small-scale online retailers, and limit their ability to freely engage in commerce in the several states. It would also weaken the Commerce Clause in the US Constitution. Furthermore, those in opposition believe that it is Congress, rather than the courts, that should be addressing this issue.

Arguments in favor of overturning Quill are that it would have a positive effect on small brick-and-mortar retailers, who have been struggling in recent years to compete with Internet giants such as Wayfair, Overstock, and Newegg [the three Respondents in the upcoming case]. If Quill is overturned, proponents believe the result would be to strengthen the position of state governments, allowing for a significant increase in state tax revenue that could be allocated to improve resources such as education, healthcare, and infrastructure.  In fact, several states have been successful in collecting back sales tax revenue from online travel companies.

In conclusion, most people would not realize that the taxation of online sites was actually an important US Constitutional question.  It is not clear how the US Supreme Court will decide on this issue, but it is an important precedent related to state taxation rights and the decision will impact everyone who shops online.