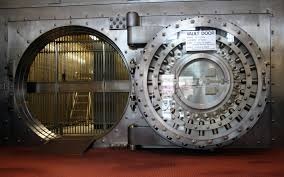 In 2010, Congress passed the Foreign Account Tax Compliance Act (FATCA), but it did not become effective until July of 2014. Now, a key component of FATCA is being delayed, according to the U.S. Treasury Department, pleasing Americans abroad and their financial institutions, while adversely affecting the U.S. tax revenue receipts.

FATCA is designed to tax every American person’s earnings, regardless of where they have earned that money, whether in downtown Detroit or downtown Dubai. It is completely legal for Americans to hold off-shore accounts. However, under American tax law, those earnings abroad are subject to US taxes. These earnings have included interest and dividends.  FATCA is not just applicable to US citizens. It also comes into play for any “American person”, which includes those who are holders of a US green card.

The Treasury office has announced that there will be a delay on the withholding requirement for stock trades until 2019. The banking industry has applauded the delayed rollout, stating that the financial institutions have more infrastructure work to do to prepare to be compliant. This is particularly the case in nations that have banking secrecy and do not have a system of collecting and storing tax information for their customers and clients.

It remains to be seen if further changes to FATCA will occur at the Congressional level in the intervening years.