Water and Weed Out West: Marijuana’s Impact on the Environment

Home/Regulatory and Compliance/Water and Weed Out West: Marijuana’s Impact on the Environment

Water and Weed Out West: Marijuana’s Impact on the Environment 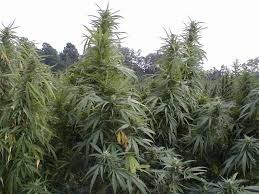 Marijuana growing is not without its detractors. Some decry the legalization or decriminalization of marijuana, while others are rejoicing that marijuana is now available either medically or recreationally. Opponents of marijuana legalization have included a majority of the law enforcement community.

The newest unexpected opponents of marijuana growers include environmentalists. (In Michigan, medical marijuana is typically grown indoors as our climate is not conducive to outdoor marijuana growth.)

Marijuana growth is a nascent industry, and as such, the rules regarding its cultivation are slow to develop.

In California, environmental regulators are monitoring multiple troublesome aspects of marijuana growth: lack of appropriate permitting, pollutant-creating fertilizer runoff and dangers to wildlife. But the most egregious crime of marijuana growers in the current western drought is overuse of water and even theft of water.

Marijuana requires an inordinate amount of water. A single plant can require six gallons a day. Compare this to the much maligned almond, which requires a gallon per day (note that is a single almond!) and a head of lettuce which requires around 3 gallons per day. Marijuana’s water requirement is about on par with a stalk of broccoli.

The severity of the California drought is causing large farmers to dig mostly unregulated new wells, even if doing so causes nearby aquifers to be less productive or at worst, unstable. Recently, growers were busted planting illegally in a federal wildlife refuge near Sacramento in order to have access to the refuge’s free water. Water watchers are keeping their eyes on ominous signs of future continued drought including low levels of Lake Mead in Arizona, some of whose water is diverted to California, as well as the lack of snow melt in the Sierra Nevadas, another significant source of water.

While water issues are preeminent in terms of environmental impact, the deleterious effects of fertilizer use and misuse are also of concern. Fertilizers, especially those containing phosphorous, as well as pesticides can enter runoff streams, which join tributaries to major water sources, which now are not only depleted, but potentially contaminated.

Law enforcement really has two different categories of growers that they are monitoring: those who operate essentially legally and the vast illegal pot growing enterprises that are funded and operated by illegal drug cartels. Not surprisingly, the illicit large farms are even less compliant regarding water and fertilizer usage. Evidence of many EPA banned substances has been found during busts of these large-scale illegal operations. These substances are toxic and could be harmful to many varieties of wildlife as they enter the watershed. At risk could be salmon, owls, deer and black bears.

By admin@dawdamann|2022-03-09T17:09:01-05:00June 15, 2015|Categories: Regulatory and Compliance|Tags: marijuana and drought, marijuana environmental impact|Comments Off on Water and Weed Out West: Marijuana’s Impact on the Environment