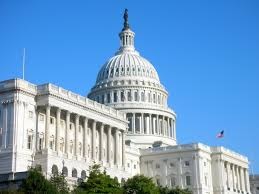 In a rare move of bipartisan collaboration, the United States Senate has passed a new environmental bill, which is intended to address perceived deficiencies of the Toxic Substances Control Act (TSCA).

The TSCA was enacted in 1976. It was a major piece of legislation at the time of its passage, enabling the Environmental Protection Agency to regulate a whole host of chemicals.

The new bill is entitled the Frank R. Lautenberg Chemical Safety for the 21st Century Act, named after the long-serving Senator.

Why the new bill?

The TCSA, although it was comprehensive for its time, has been showing its age, as new toxic substances were not under the aegis of the legislation. As new research regarding the toxicity of substances has emerged, the EPA has been limited in adding these substances to the regulatory ouevre.

Under the Lautenberg bill, the EPA has increased power to review and regulate chemicals that previously had not been under its purview. During this review process, the EPA will be able to prioritize chemicals. Those chemicals deemed high priority will be subject to more timely research and further EPA action.

Environmentalists had been pushing changes to the TCSA, complaining that the EPA, unable to meet the previously high burden of proof of toxicity, was also restricted in publicizing toxicity information as well as legislating use and disposal.

How did the Senate manage to come together on an environmental bill?

Partly by engendering support of the Lautenberg bill from industry leaders as well as environmentalists. These industry leaders were able to support the bill, which also includes protections for the industries, particularly by limiting state regulation of newly classified toxic substances. As a result, the bill has the imprimatur of both the American Chemical Council and the National Association of Chemical Distributors, both trade organizations that represent chemical manufacturers.

Not all environmentalists are fully supportive of all aspects of the bill, claiming that it does not go far enough. They also are worried about the low priority status, as they are concerned that research can be delayed or even blocked if substances don’t pass the high priority bar. But even with these objections, the environmentalists are satisfied with the greater funding for the EPA that is a component of this bill.

The House of Representatives passed a similar, less sweeping bill. The next step is reconciling the House and Senate versions. Once that step has completed, the bill can go to President Obama, who is expected to sign it into legislation.