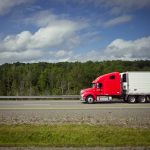 On January 15, 2019, the Supreme Court ruled unanimously in the case of New Prime Inc. v. Oliveira that independent contractors working in interstate commerce (e.g., the transportation industry) may not be forced into mandatory arbitration. They stated, “a court’s authority to compel arbitration … does not extend to all private contracts, no matter how emphatically they may express a preference for arbitration.”

The New Prime case involved a dispute between a trucking company and one of its drivers, Dominic Oliveira, who was classified as an independent contractor under an operating agreement that contained a mandatory arbitration provision. The agreement instructed that even disputes over the scope of the arbitrator’s authority must be resolved by an arbitrator. When Oliveira filed a class action against New Prime, alleging that the company misclassifies its drivers as independent contractors to deny them lawful wages, New Prime asked the court to compel arbitration under the Federal Arbitration Act (the “Act”).

The Act creates an exception to the enforcement of contractual arbitration provisions, and does not authorize court-ordered arbitration for disputes involving “contracts of employment of … workers engaged in foreign or interstate commerce.” The question presented in the New Prime case was whether this exception extended to truckers hired as independent contractors rather than as direct employees.  The Court determined that independent contractors working as truckers, in addition to seamen and railroad employees, were deemed to qualify under this exception of the Act, and therefore could not be compelled into arbitration.​

Much of the Court’s analysis rested on the Act’s use of the term “contract of employment.” Today, a “contract of employment” is widely viewed solely as a contract between an employer and an employee, one of which is easily distinguishable from an agreement a company may have with an independent contractor. However, the Court concluded that, when the Act was adopted in 1925, such distinctions were not as formalized as they are today. The drafters of the Act intended that “employment” refer to all “work” in general, including the work of independent contractors.

Proponents of the Court’s decision see it as a victory for workers in the transportation industry, who are likely to see an increase in wages, whereas those more skeptical of the holding believe it will result in increased costs for companies to transport goods and thus an increase in the cost of goods for consumers and retailers.

The case comes as the first in a trio of arbitration suits set for argument this term. Keep an eye out for the Court’s decisions in Lamps Plus, Inc. v. Varela, in which the Court will determine whether state courts can order class arbitration even when there is no contractual basis to do so, and Henry Schein v. Archer & White Sales, Inc., concerning whether a court or an arbitrator should be charged with making threshold determinations about the arbitrability of claims.